My stab obviously hasn’t flown yet, but I decided to go ahead with the SB mod anyway. If I screwed up the mod, I’d still have the option of building a new horizontal stab. But once the stab is drilled to the fuselage, I’d be committed to modifying it as it would be very difficult to fit a new stab to mounting holes already drilled in the fuselage. 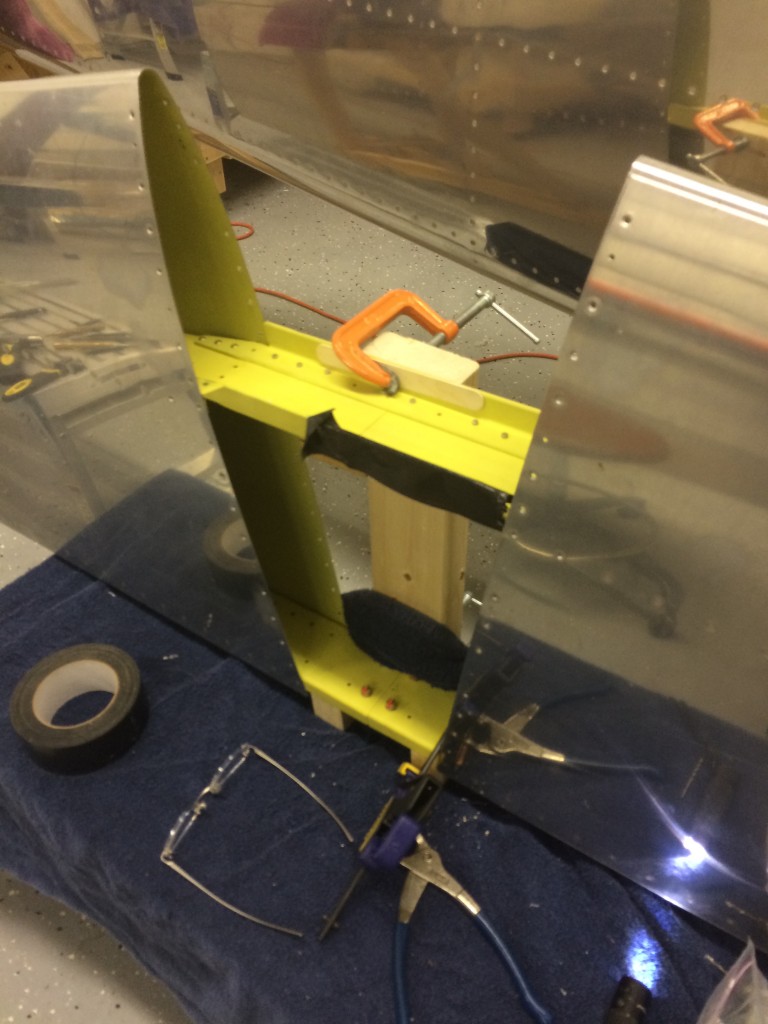 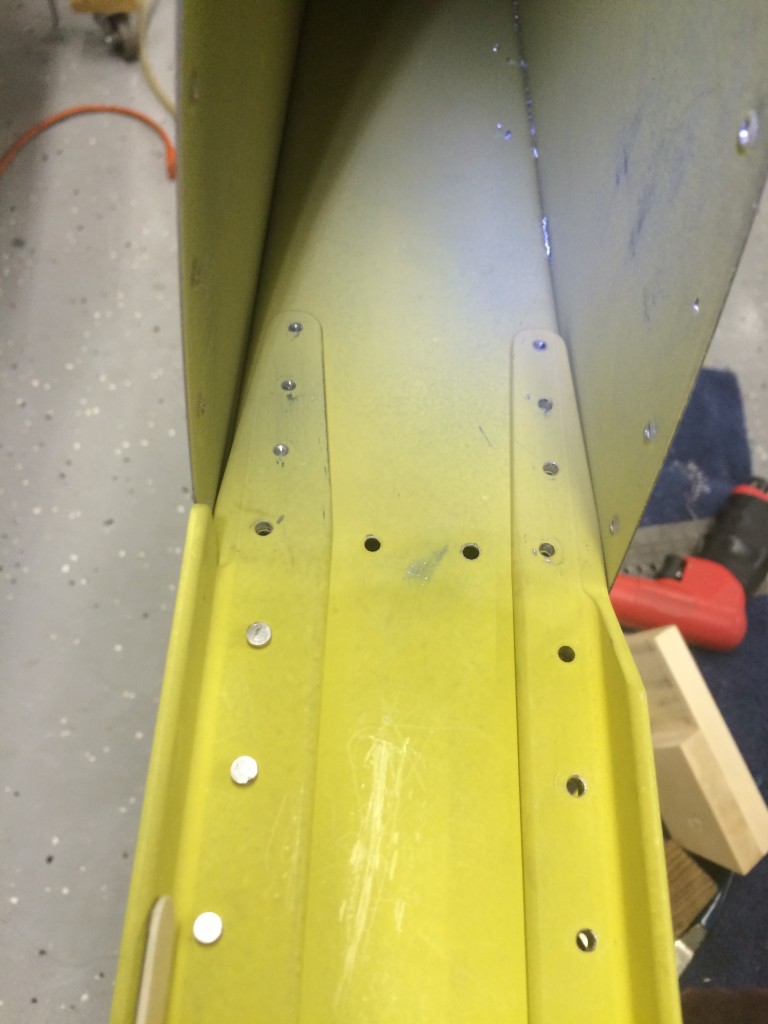 However, with some patience and persistence, and more importantly some help from Bob DiMeo, I was able to get the heads drilled off of all the hard-to-reach front spar rivets. All that’s left is to punch them out, and start fitting the mod kit. 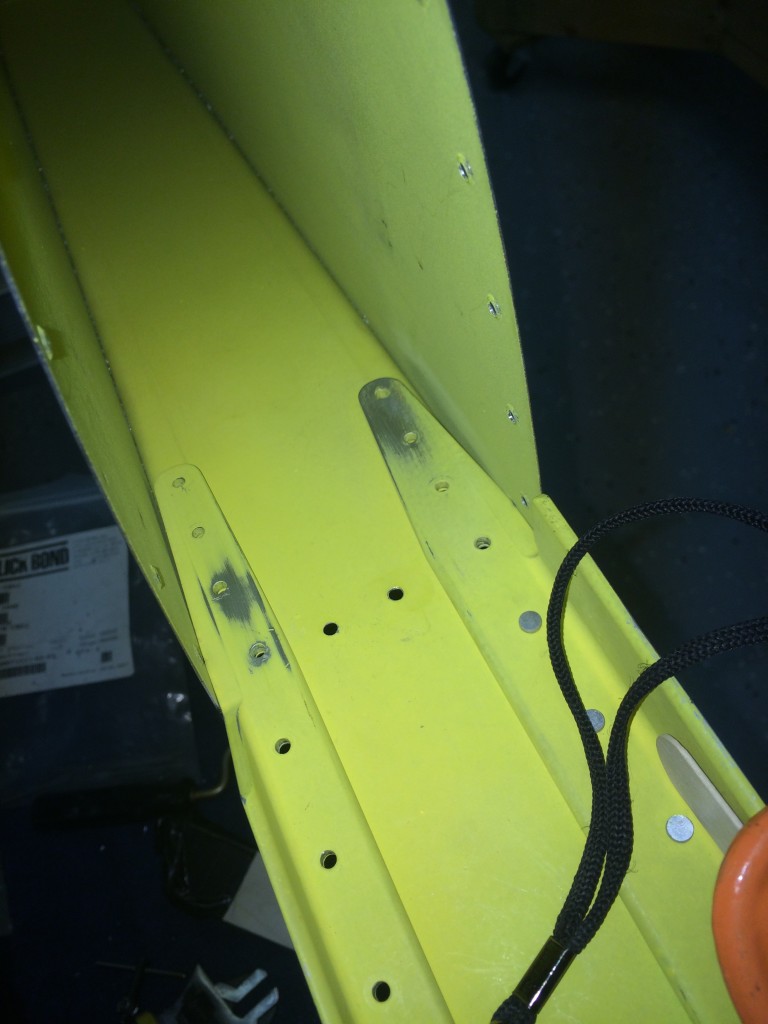 It was tough to punch out the rivets on each end of the angles, but a little patience and persistence won the day. 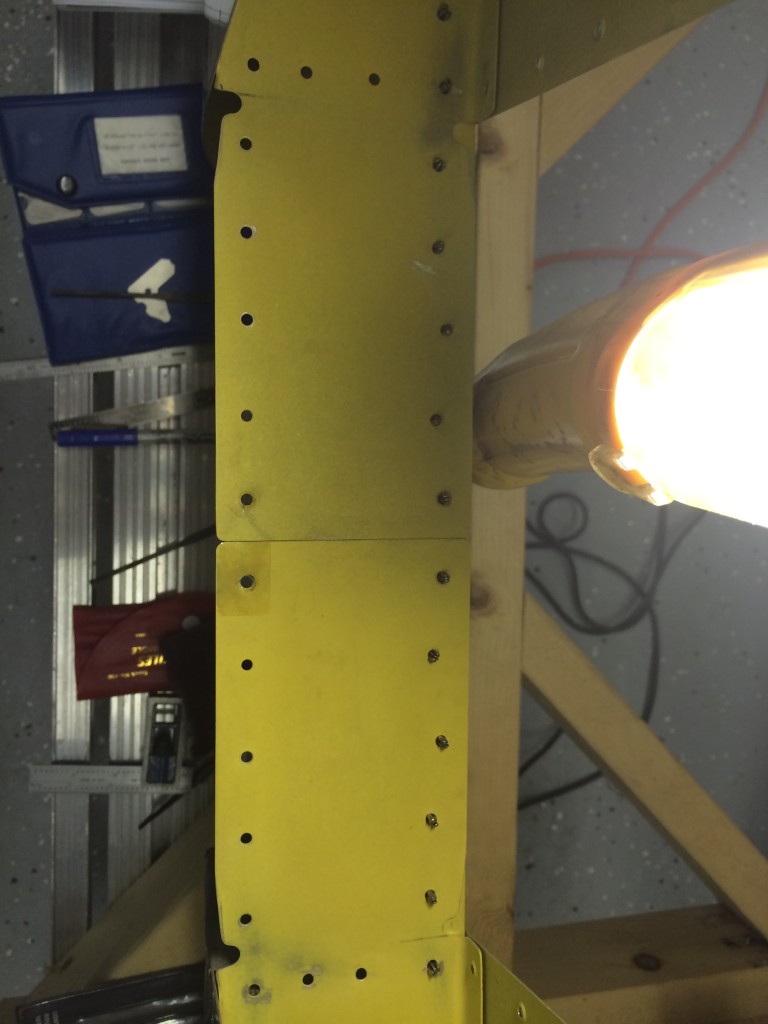 Seems like years since I riveted this structure together…oh, wait – it was years ago, ten years to be precise. 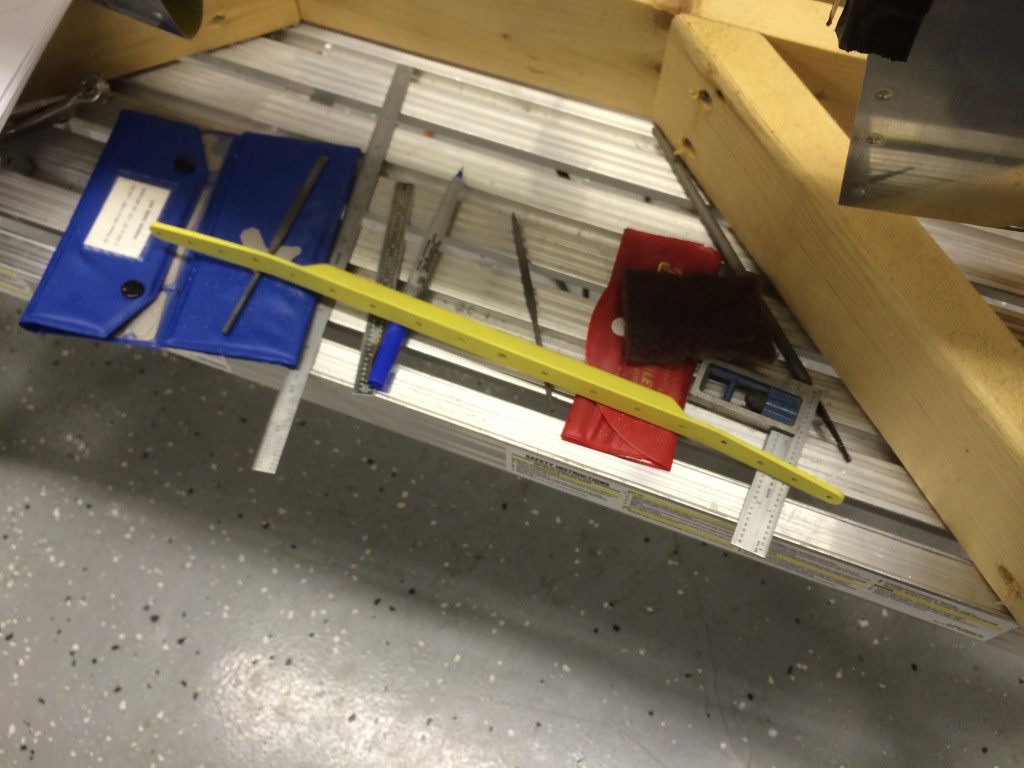 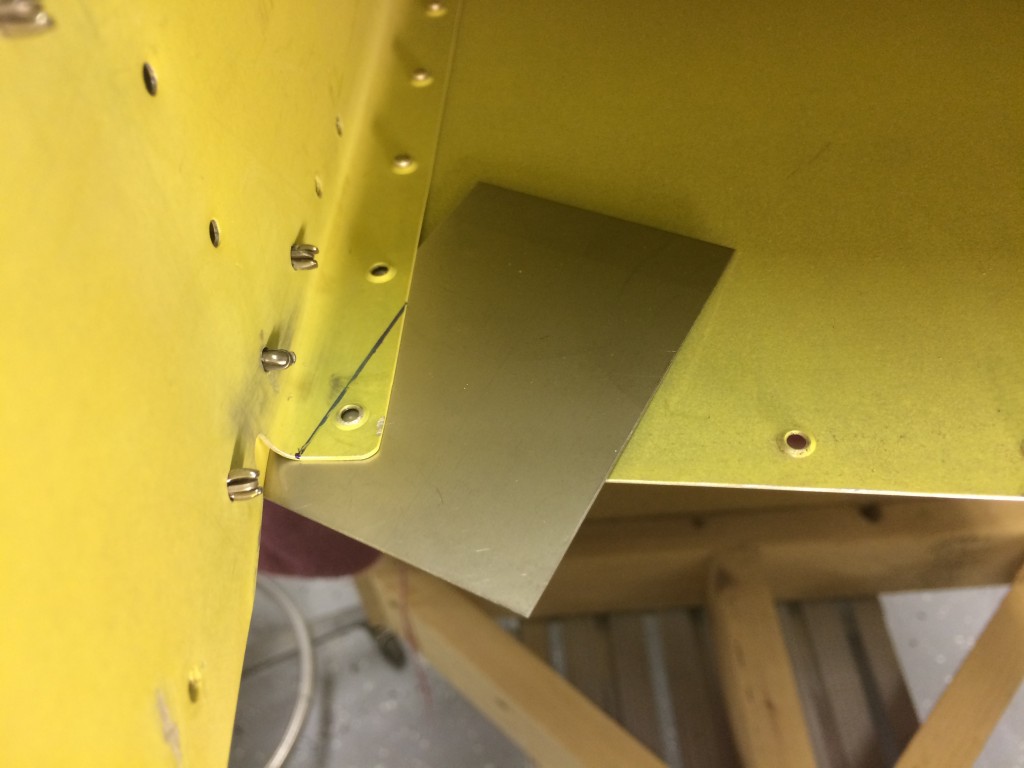 Another tedious task…trimming the upper and lower flange on each side of the front spar. The black line marks the cut line, and Van’s thoughtfully includes a small piece of stainless steel to slide beneath the spar flange to protect the skin while cutting. Following the instructions, I used a small cutoff wheel on my Dremel tool to do the trimming. Gotta be careful using a motorized cutter in this area… 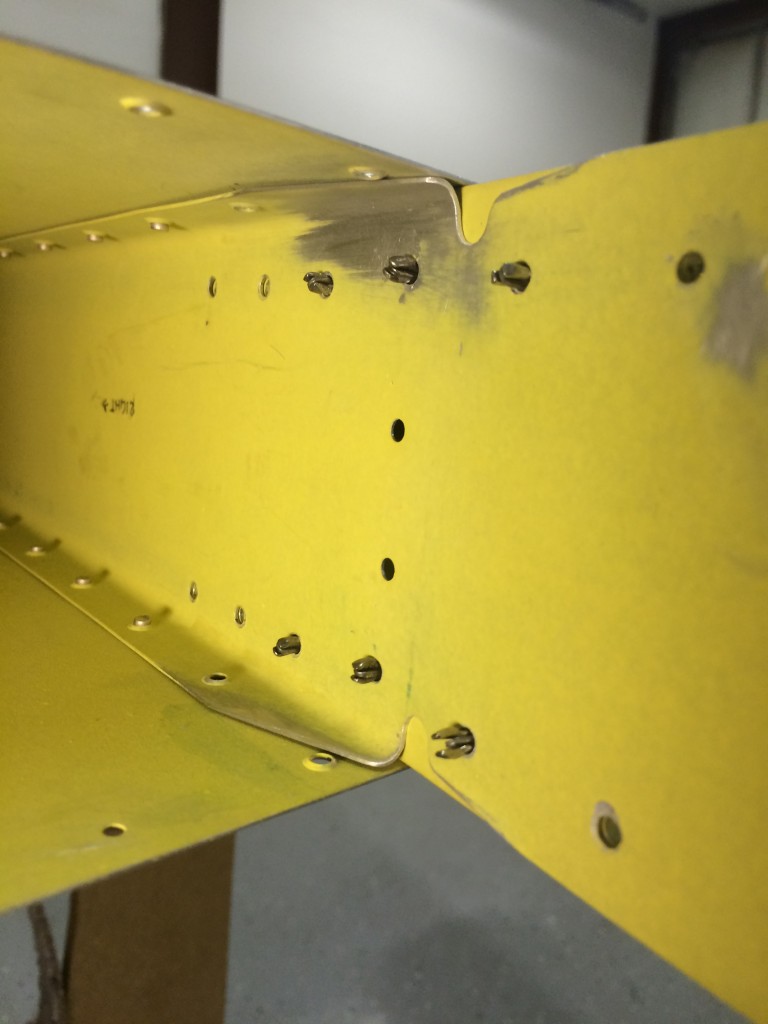 The end result, with some additional polishing to remove some scrapes left from rivet removal. I’ve also enlarged the U-shaped relief notches per the instructions. 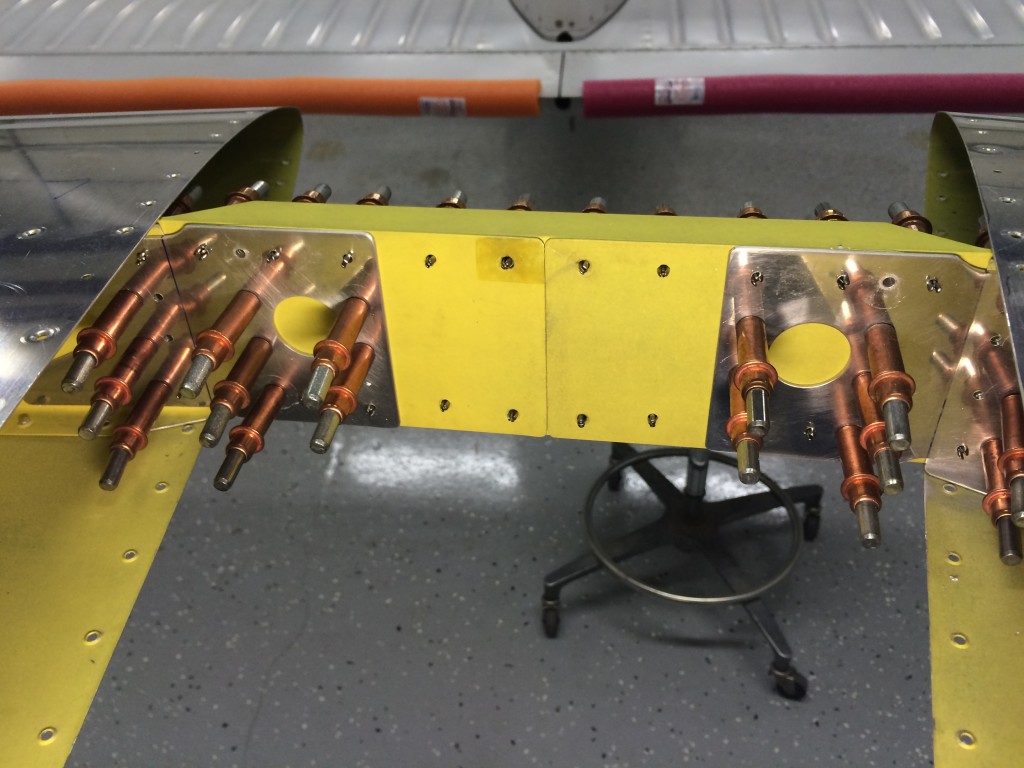 After all that work, fitting the doublers was relatively easy. I deburred them, adjusted the bend angle slightly to match the front spar, then drilled them in place. Some care is required to make sure the holes are drilled perpendicularly to the spars, angles and doublers.

Here’s another picture of match-drilling in progress… 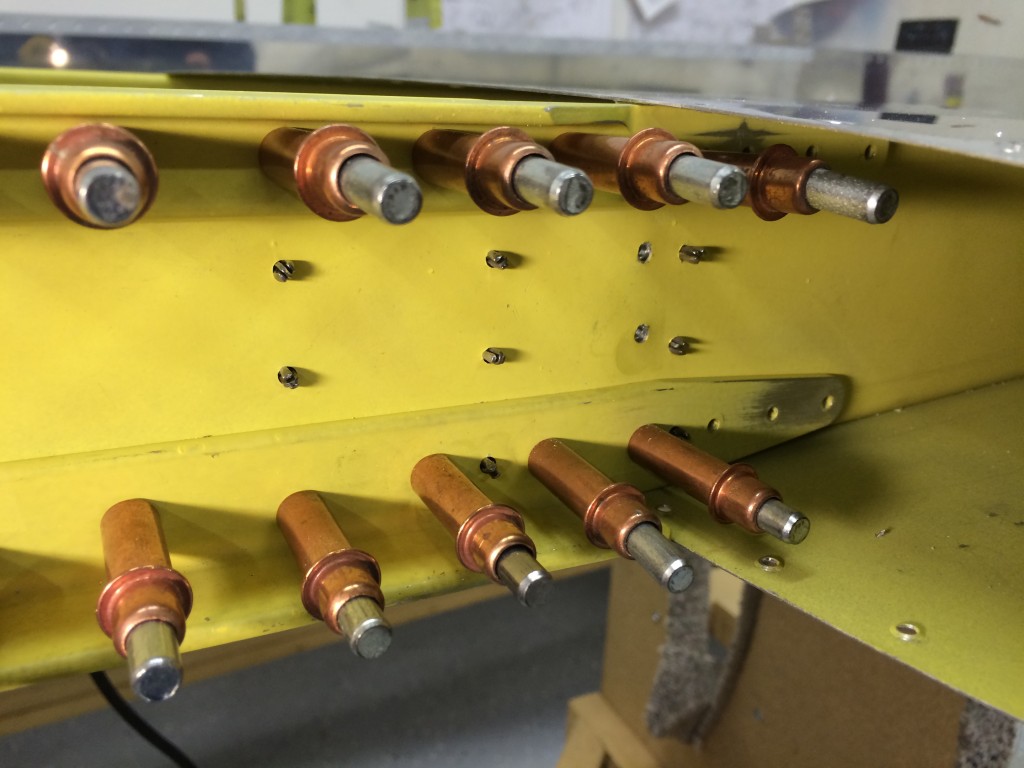 And the end result – doublers ready for priming… 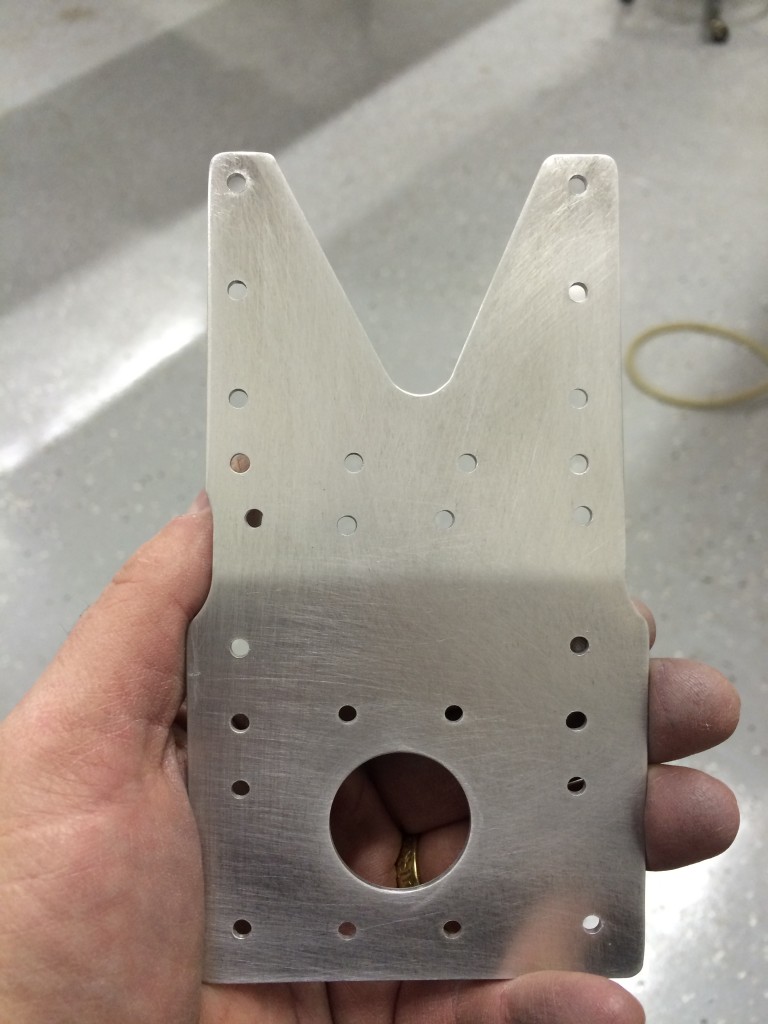 I had to do some additional cleanup and prep of the doublers and angles before priming. 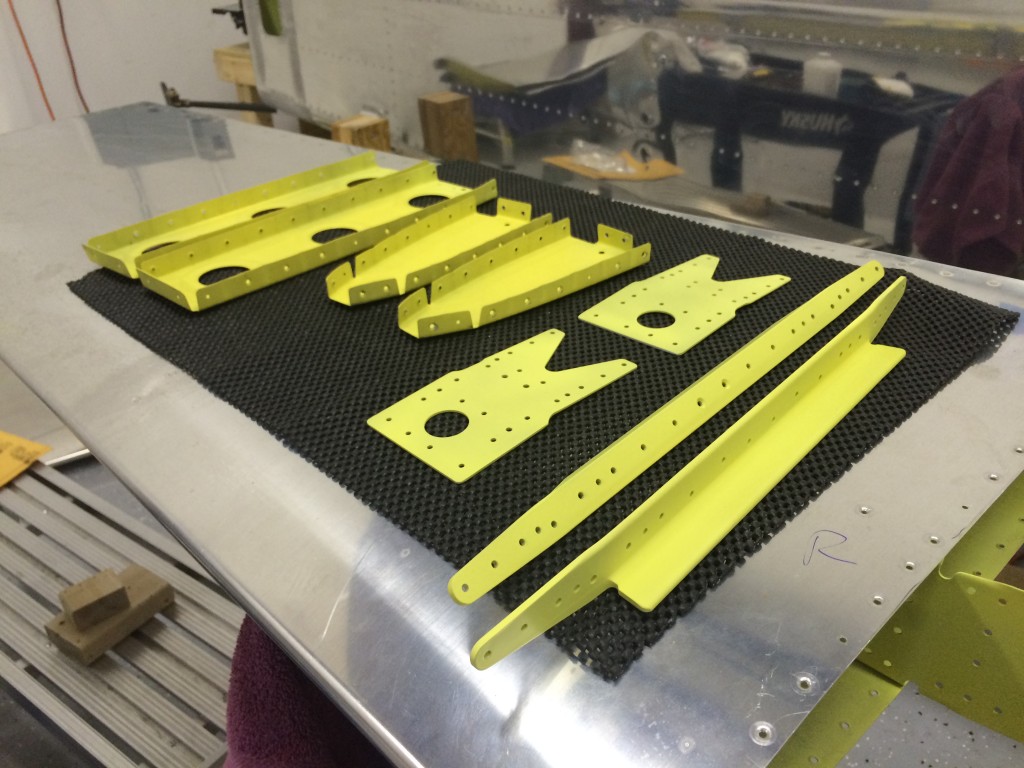 Priming wasn’t a big deal, just had to keep the hangar warm enough to let the primer cure.

I had to upsize a couple of holes to #20 because 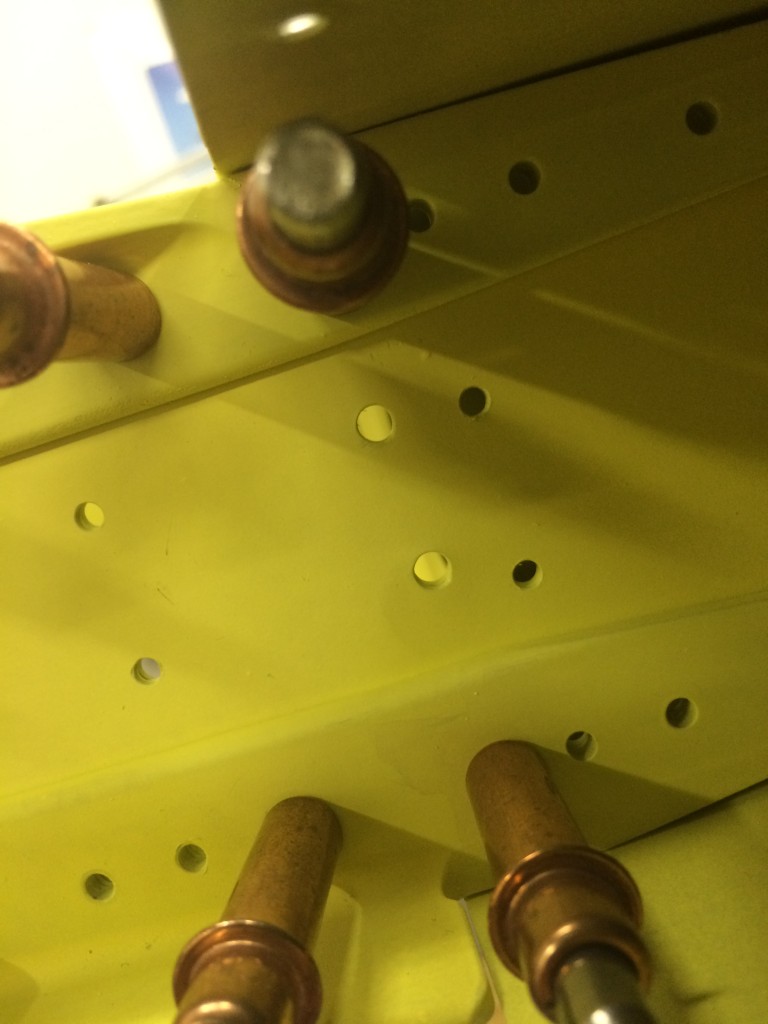 I encountered one other problem…a line of rivets added for the mod interfered with one of the nose rib flanges. After a quick call to Vans, I decided to cut off and replace the offending flange. You can see in the next picture where the rivets lie relative to the nose rib web after I cut the flange off. 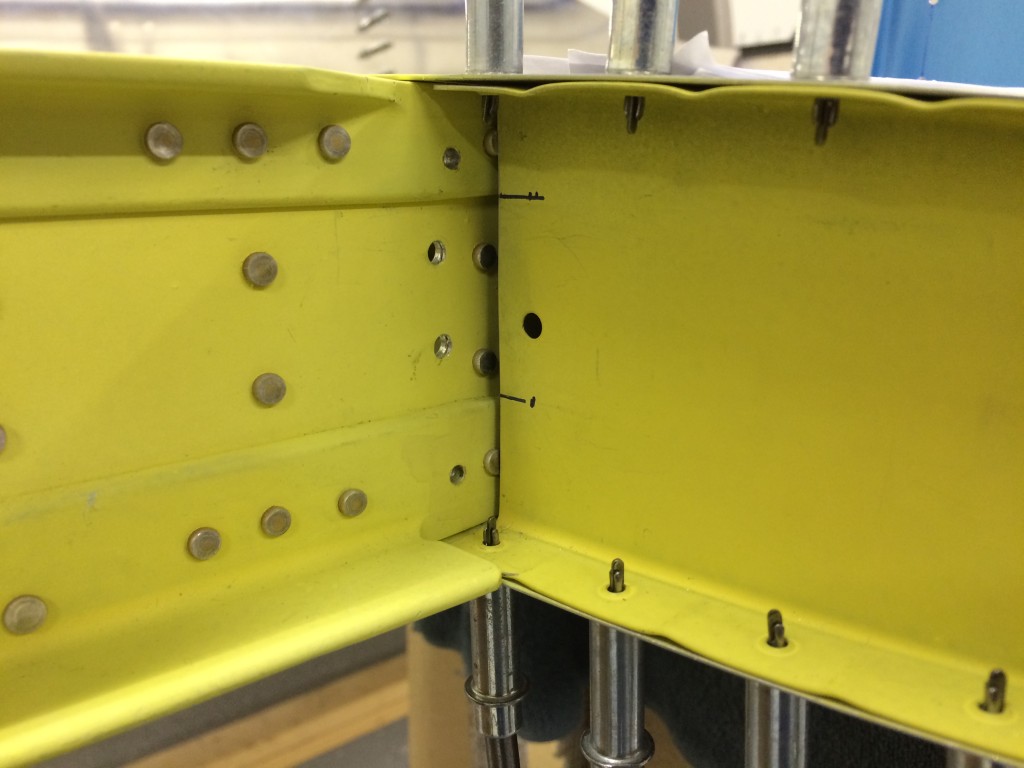 Here’s the new one… 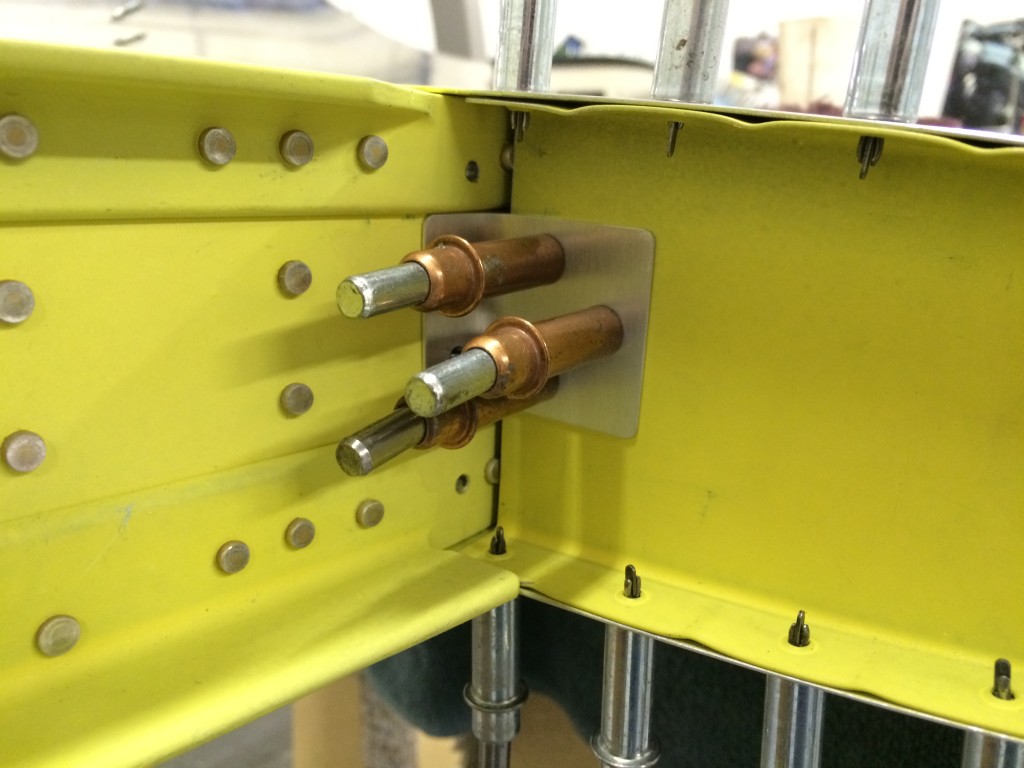 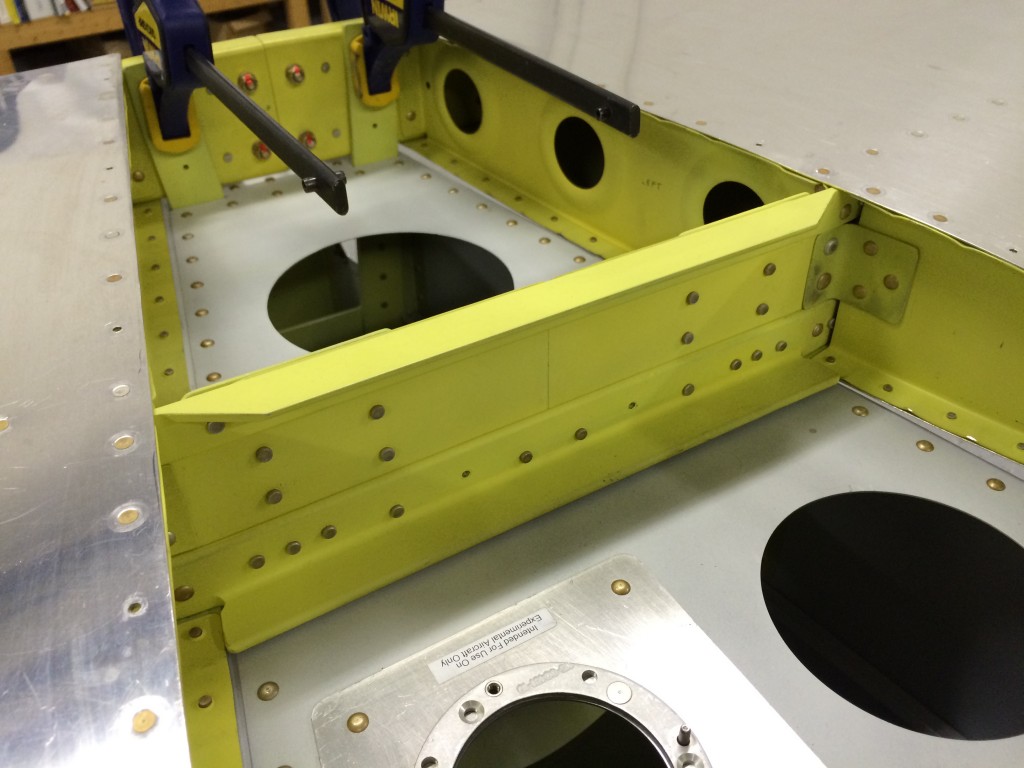