We’ve been struggling to get the house packed and one of the big items to move to Nashua was the fuselage. Ellen and I bribed my brother-in-law Jon and his girlfriend Stefanie to help us get the fuse out of the shop. 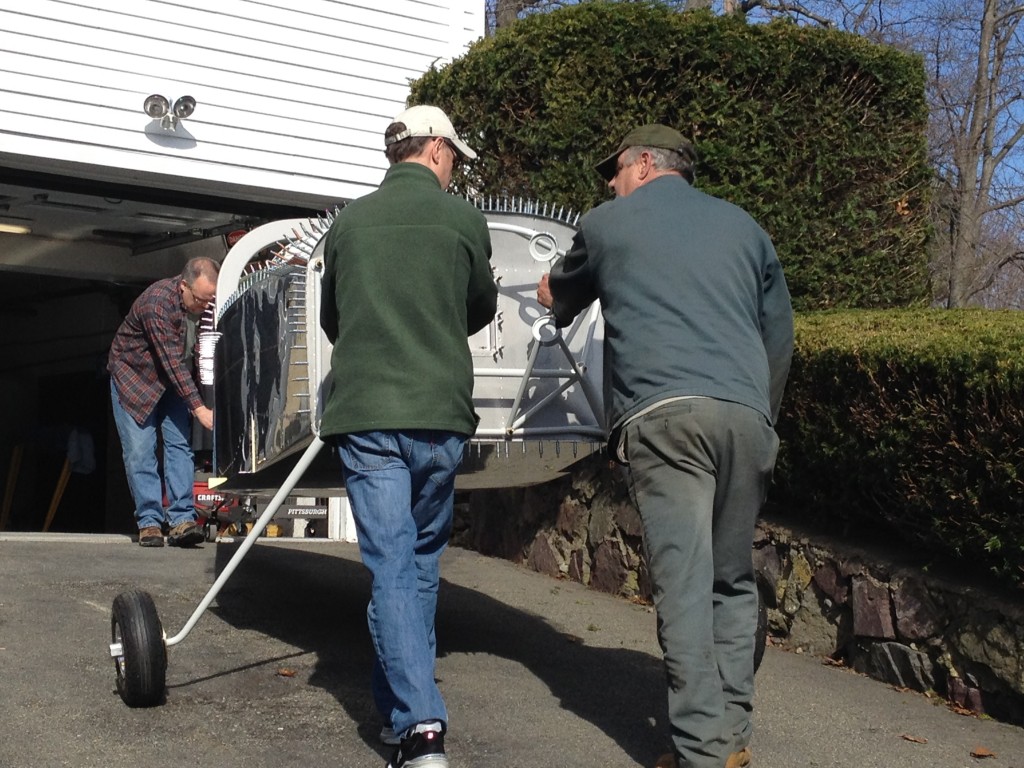 I had been braining out a good way to transport the fuse up to Nashua. Some builders use a large U-Haul truck, but they’re expensive and typically don’t have a ramp that’s wide enough for the RV’s gear.

On a whim I called Mal’s, a local car towing company and asked what they’d charge for a flatbed car tow/transporter truck. Turns out it wasn’t significantly more expensive than a U-Haul truck, and the entire bed tilts back to make it easy for loading…so I booked Mal’s. 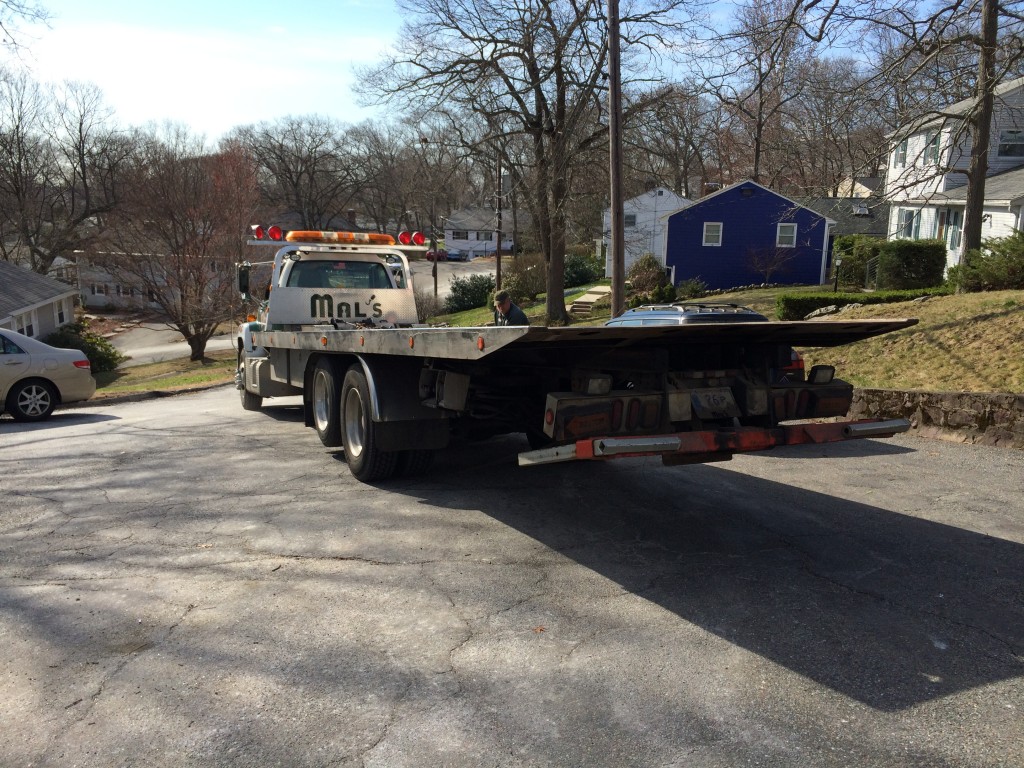 Mal’s truck and driver showed up right on time. Our street is slightly narrow and we’re on a cul-de-sac, so the driver had to do some maneuvering to get the truck in place. 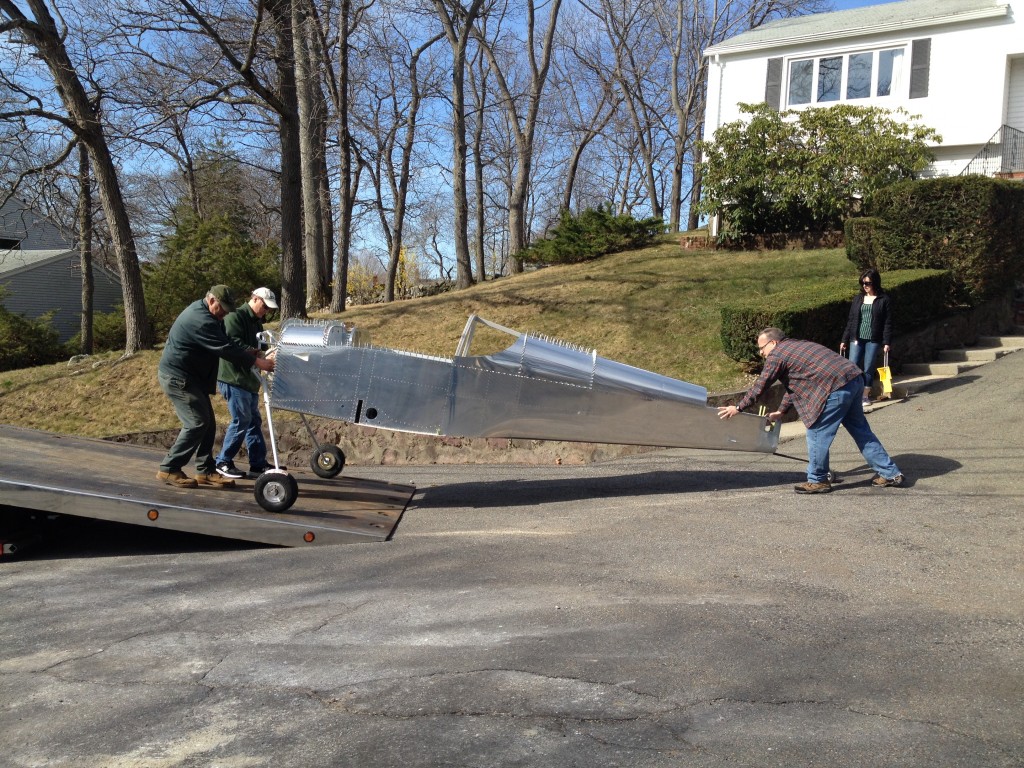 With the ramp down, loading the fuse was a non-event. 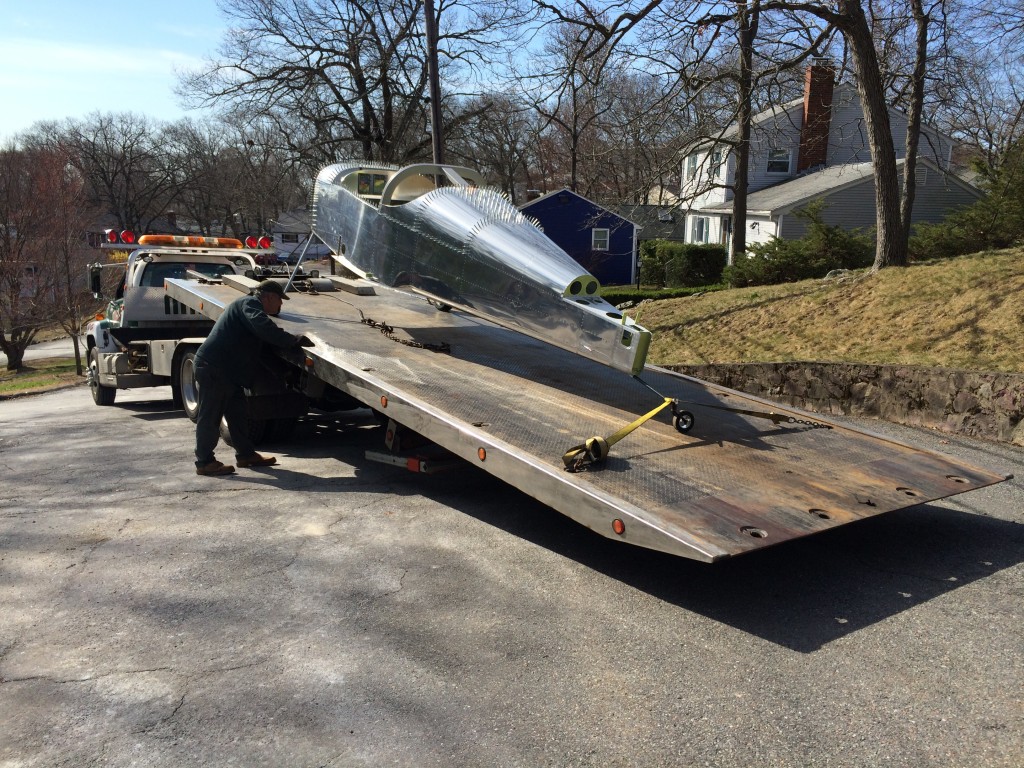 I was pretty apprehensive about what the truck driver would to do secure the fuse on the truck, but Steve from Mal’s was an ace…he had just the right tiedowns for the job, and knew where to secure everything without damaging the fuse. We couldn’t have been happier. I think he was pretty jazzed to be moving an airplane… 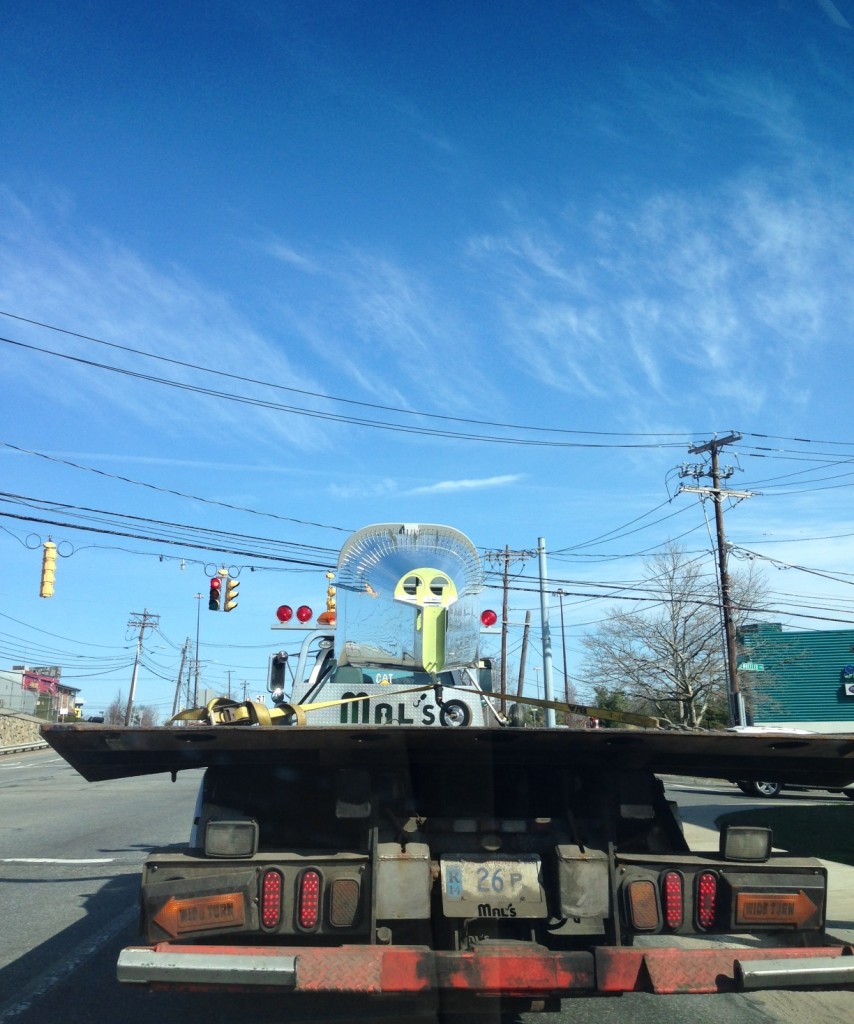 I rode in the truck with Steve, and Jon, Ellen and Stefanie followed in a car. Jon took this picture at a stoplight in Burlington…pretty neat! 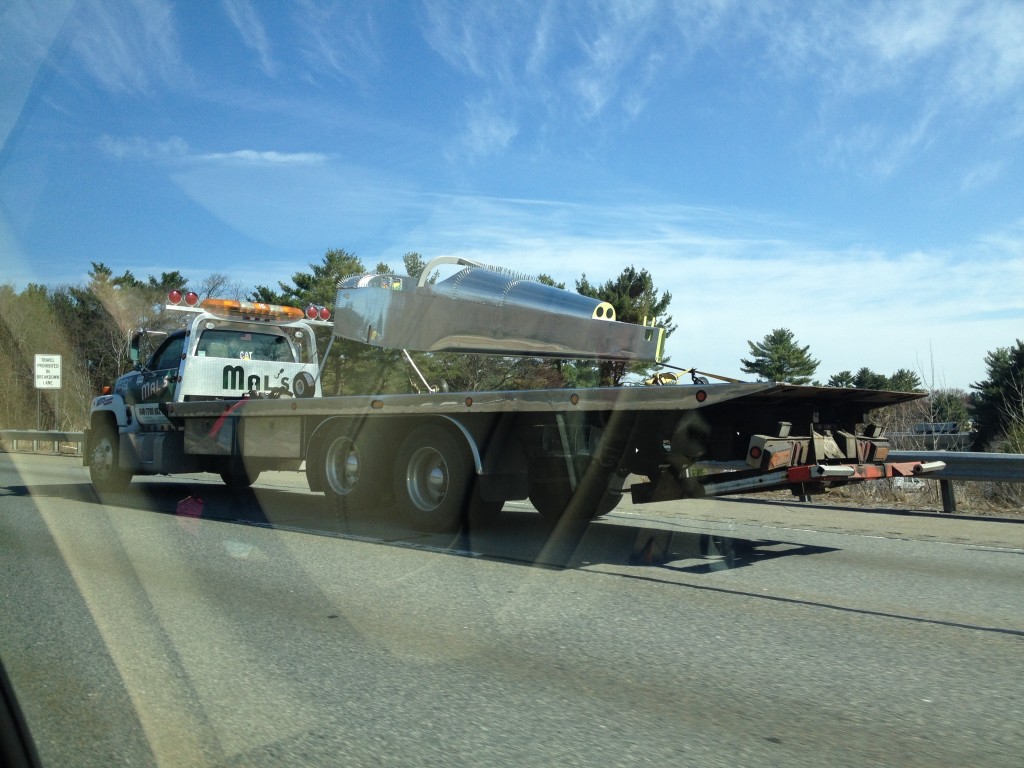 We got a few looks from other drivers as we trekked up Route 3 to Nashua. I kept a close eye on the fuse, but there was no need to worry – it barely moved an inch. 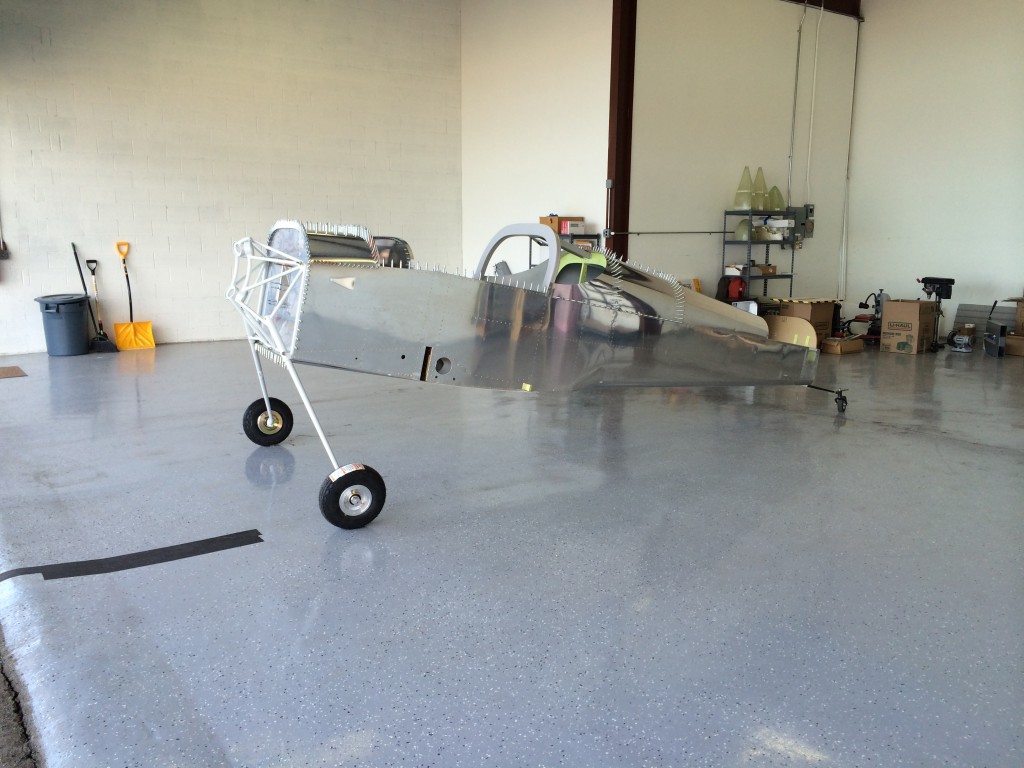 Ellen and I were psyched to see the fuse in its final shop space. For the first time in the 10 years we’ve been building, all the RV parts are in the same place at the same time.  Cool… 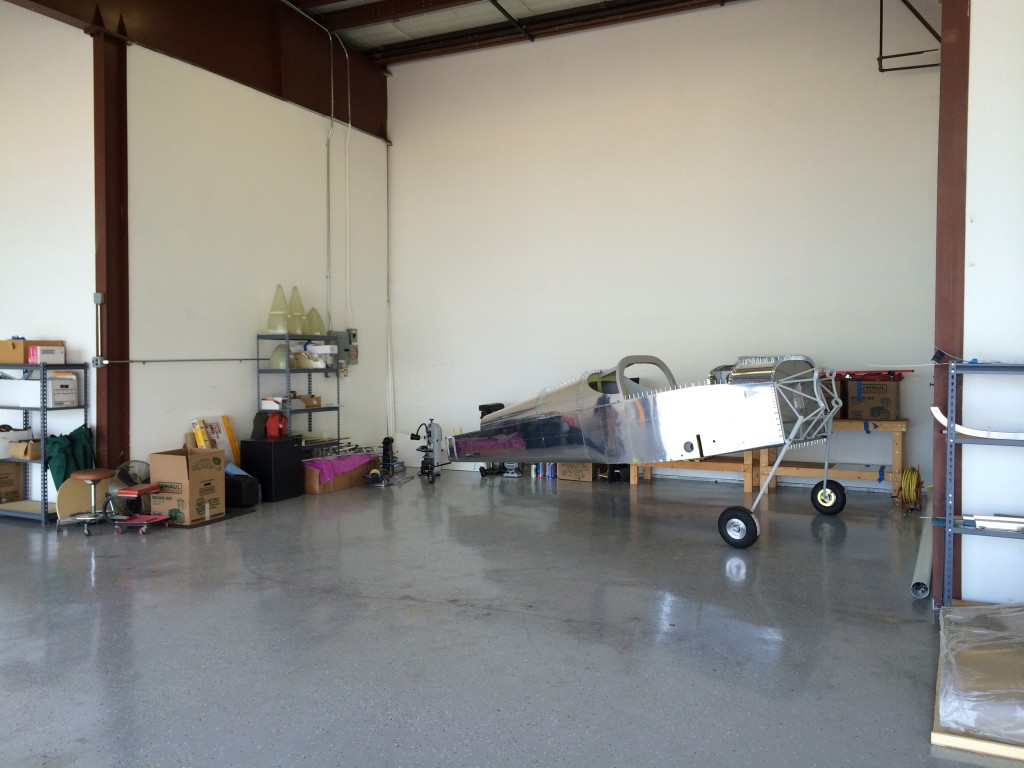 The rear of the hangar will be my primary shop space. The fuse is a good fit, and I’ll have plenty of space to maneuver when the Archer is in the front of the hangar.

…and for the last time! 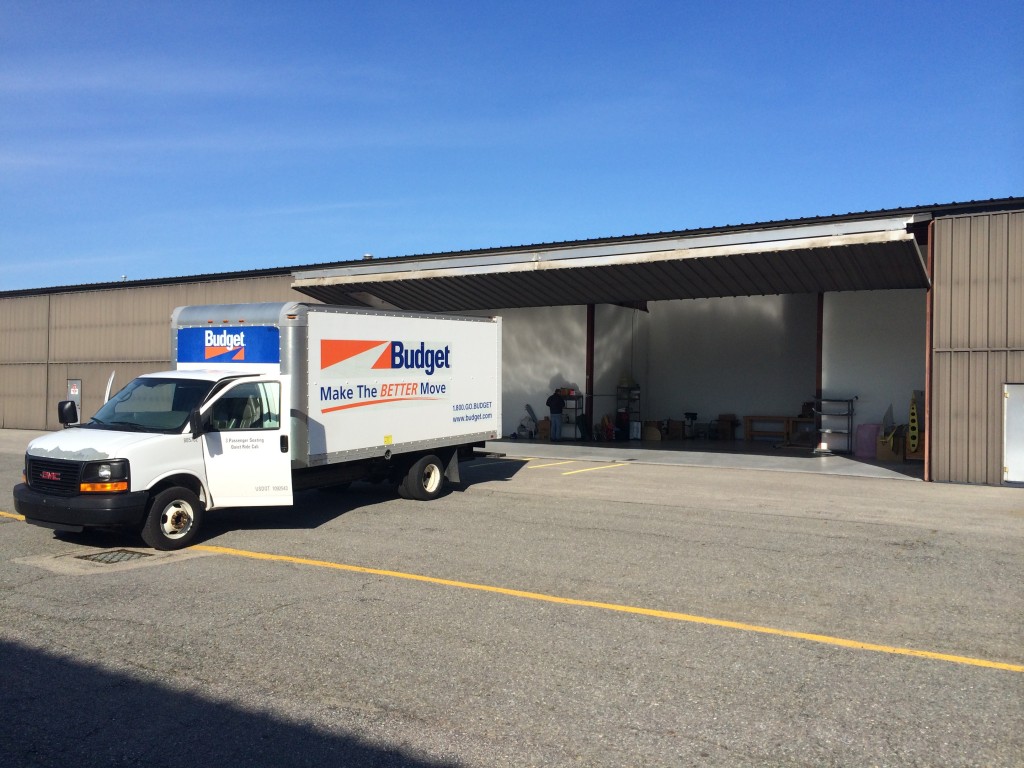 Today Ellen and I took almost everything out of the shop at our house, and moved it to the hanger. I didn’t realize I had accumulated so much crap in that garage… 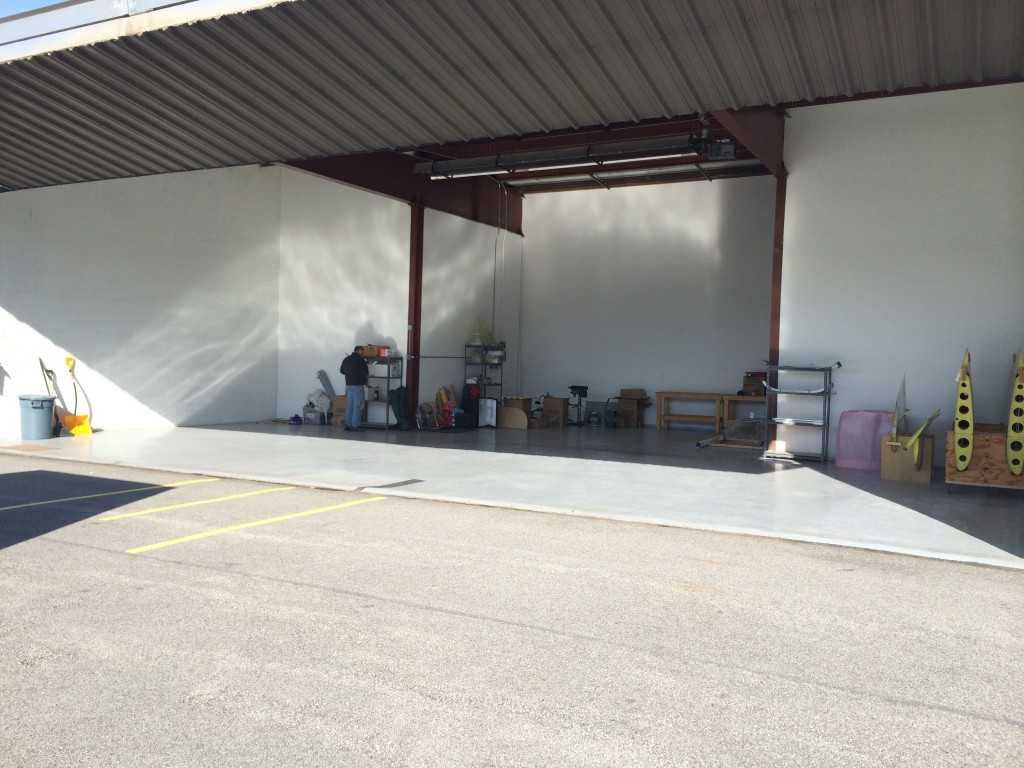 …and all that crap is a drop in the bucket in our nice, big rental hangar! 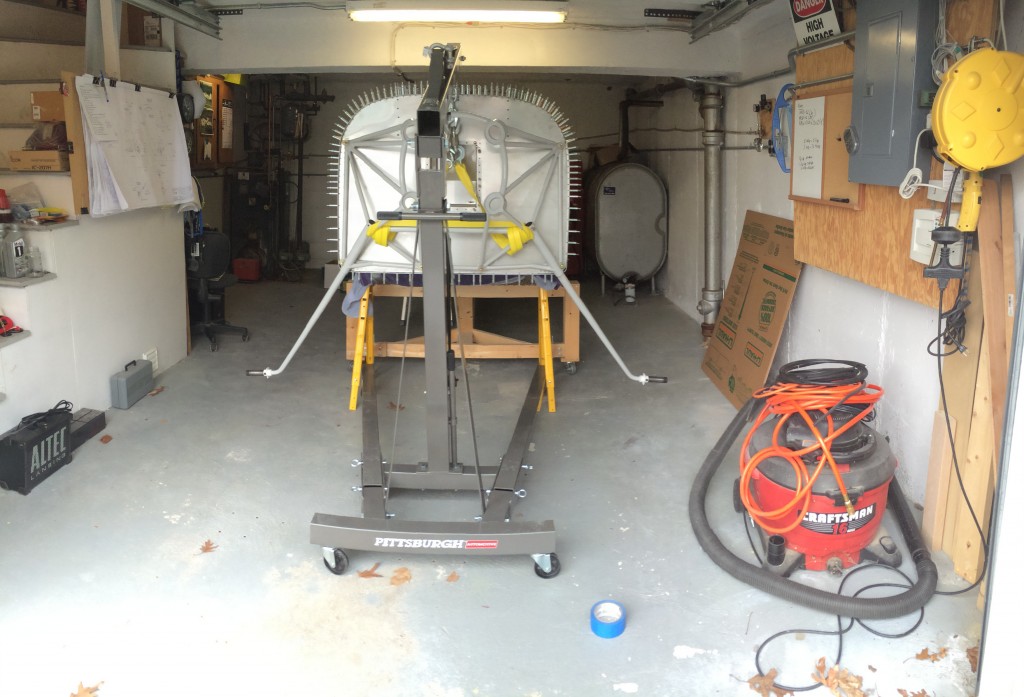 The fuse is looking pretty lonely…

One of our background tasks has been trying to come up with a paint scheme. We’ve had a basic idea of what we wanted but always felt it lacked a little “polish”, so we engaged Jonathan McCormick, owner of Plane Schemer, to help us with the details.

Starting with my basic attempt in CorelDraw, Jonathan came up with this – 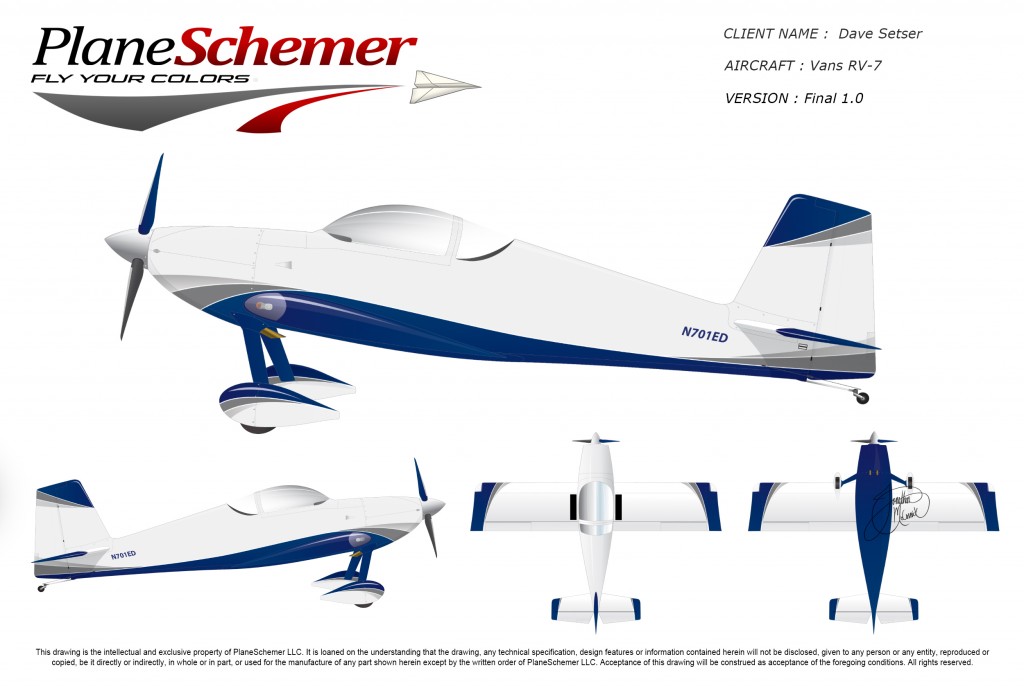 Jonathan is a real artist, and I think we finally have the design we’re looking for!

Acute observers will have noticed that I haven’t been updating the website much in the last couple of months.  That’s because I’ve (a) started playing in a band again, and (b) been spending any available airplane time on building rather than writing about building.

That said, expect some updates in the next few weeks as I start catching up.

In between bouts of progress on the rollbar, I took a side trip last week to Zagreb, Croatia for a work-related conference. I’ve been to Europe several times, but this is my first visit to what used to be a Soviet-bloc country. I flew through London on the way out, and our flight arrived right as a powerful and *very* windy storm tracked across southern England. Landing at Heathrow in a Delta 767-300 with winds gusting to 50 knots was a real E-ticket ride. Even after 28 years of flying little airplanes in turbulence, the low-altitude roll and pitch excursions of that airliner got my attention.

I can’t say Zagreb is the most scenic city I’ve ever visited, but the people were friendly and the beer was good. I’ve never seen a place with so many cafés, and so much nightlife. 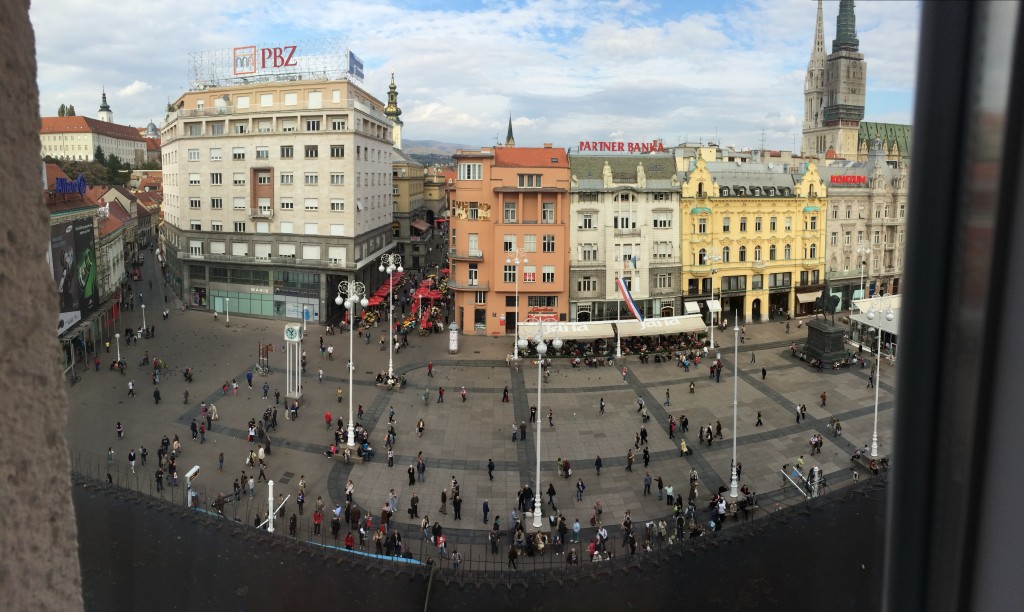 On the way back from Zagreb I flew through London again and changed planes in Heathrow’s new Terminal 5. There were several Boeing 787 Dreamliners there…very cool. 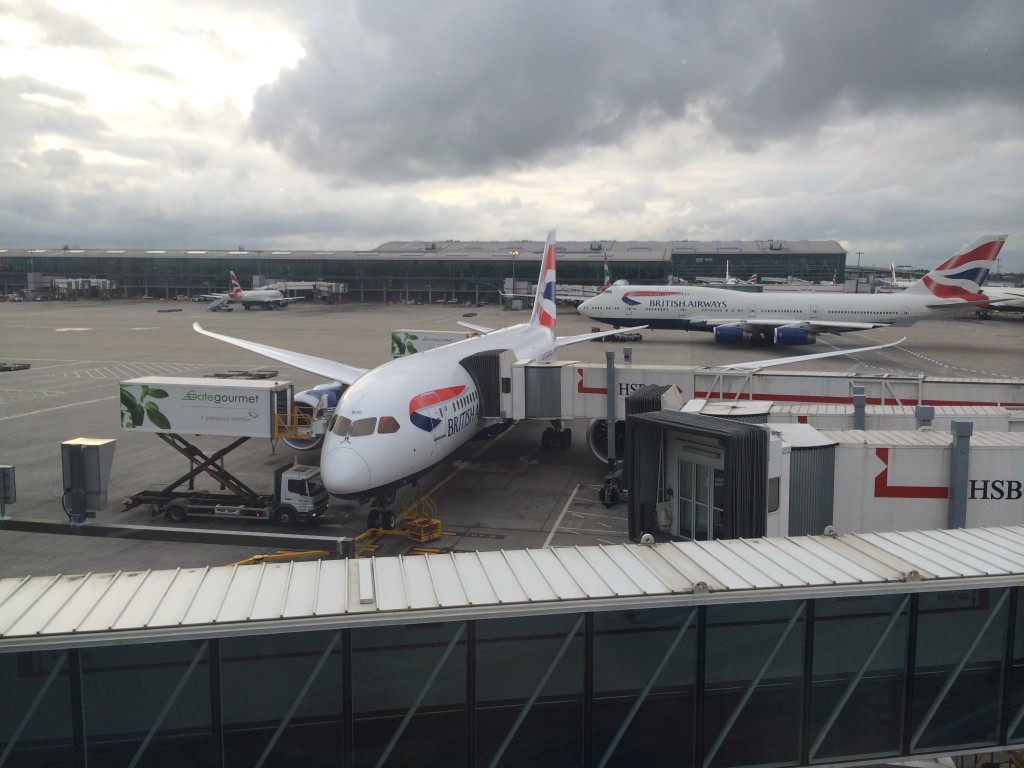 It’s a huge milestone to sit in your RV for the first time.  Today was that milestone for us…it’s been a long time coming and we’ve had a bottle of champagne chilling for the last couple of weeks in anticipation of this event. 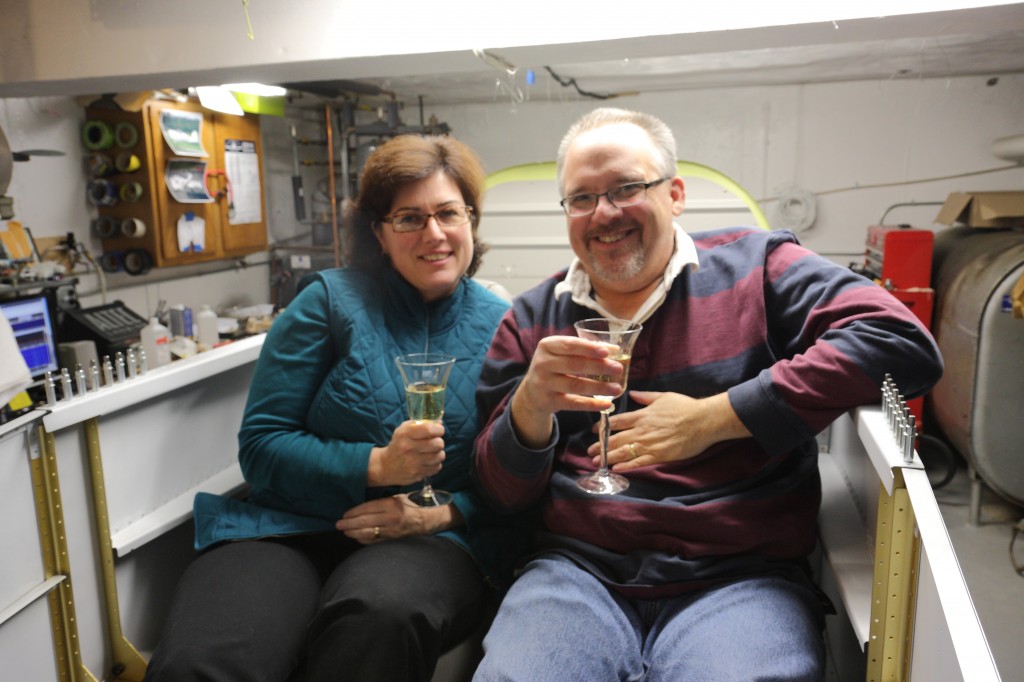 Ellen remarked that the whole airplane project became more “real” to her when she sat in it for the first time. With all the riveting she’s done and the support she’s provided me, that’s good to hear.

I’d like to offer my sincere thanks to Ted Cruz and other far-right Republicans in the House  of Representatives for giving me extra time to work on the RV for the next few days.  Of course, I probably won’t be able to pay my daughter’s college tuition in December but life is full of little trade-offs, isn’t it?

Thanks also to Ted and his colleagues for showing us what modern democratic governance is all about.  After all, less-capable leaders would put their narrow political self-interests in reelection, and the desire to pander to their power base, above the national good by throwing the political equivalent of a tantrum.  But not you, Ted, or your Tea Party friends…good on you!

A big thumbs up to John Boehner as well for refusing to cave in to all those nasty, wrong-headed, moderate Republican turncoats who don’t see the burning need to defeat Obama at all costs…costs that include wrecking the nation’s economy, and depriving it of a functioning government infrastructure.

And finally, kudos to Congress in general for not jumping on the no-pay bandwagon after sending 800,000 civil servants home without income.  Who knows what damage would be done to the DC economy if our wealthy senators and representatives didn’t get paid? I can only imagine what the economic impact would be to Washington’s liquor stores.

Meanwhile, December will be here before we know it. Anybody need a 50-year old kidney? I’ll make you a great deal…

Finding a large, heated hangar for rent with compressed air to boot, that’s big enough to share with two good friends and their Piper Archer, at an airport (KASH, Nashua NH) with a great restaurant and a large RV community…how did I get so lucky? 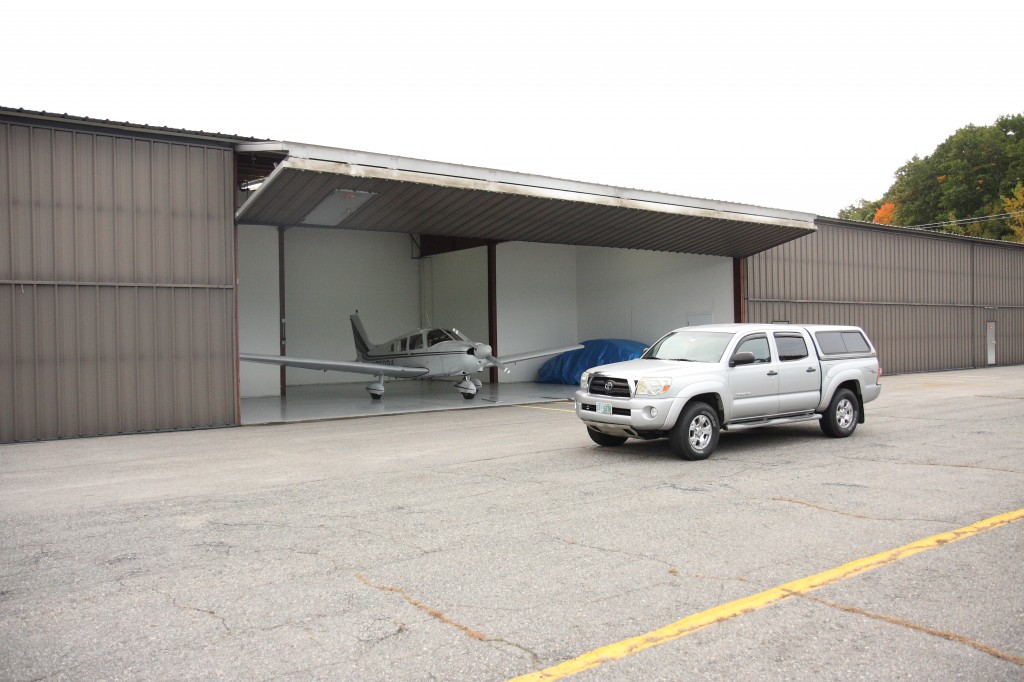 The hangar is big enough (50′ wide, 40′ deep tee) to have a nice workshop behind the Archer, and to accommodate the parts we’ve already finished on either side. Our landlord previously kept his MU-2 in this hangar, and with some careful arranging, I think we can get the assembled RV and the Archer in there with a little room to spare. 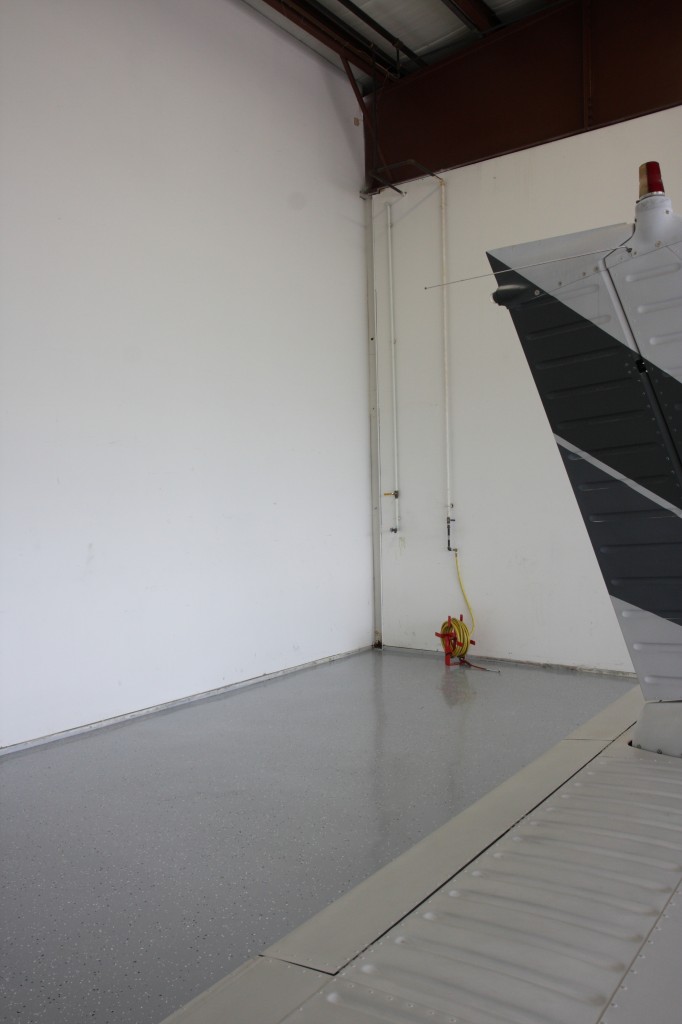 The only downside is a bit of a commute from home and work, but it’s a small price to pay for such a good deal…

I brazenly stole this picture from an online humor site.  In all likelihood it was taken in Wales, in one of a series of deep valleys nicknamed the Mach Loop.  It’s frequently used by RAF and USAF crews practicing low, fast flying.  That, in turn, makes it popular with photographers equipped with telephoto lenses who perch on the valley sides waiting for opportunities like this. 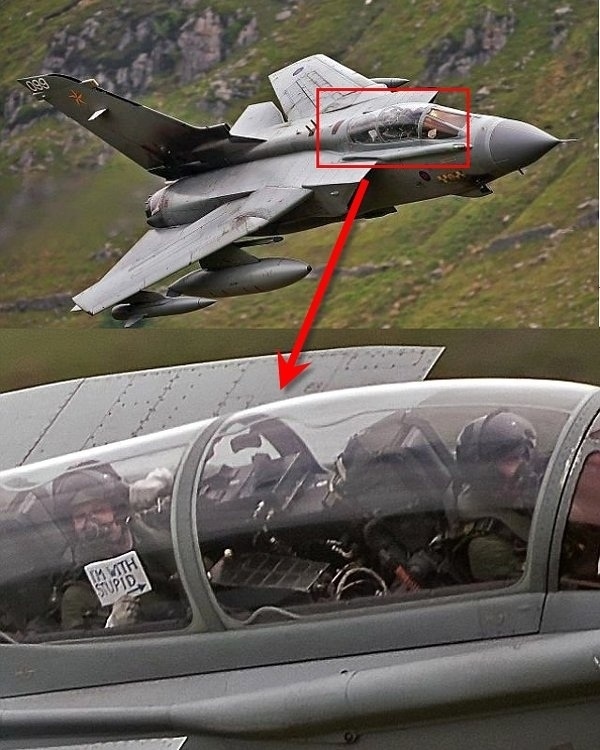 Obviously the WSO in this RAF Tornado anticipated the photographers…

Is this heaven? No, it’s Oshkosh… 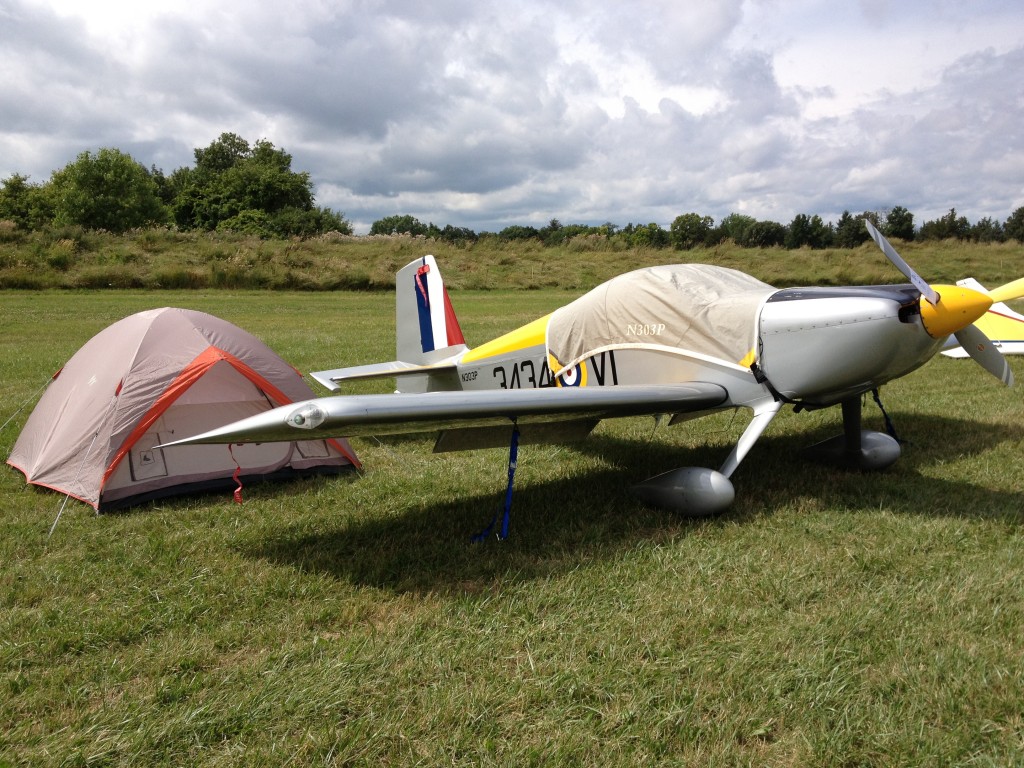 My tent fits nicely behind the wing of my friend Jim’s RV-7.  Jim’s airplane has been a model for what we’re doing on the Mighty RV. 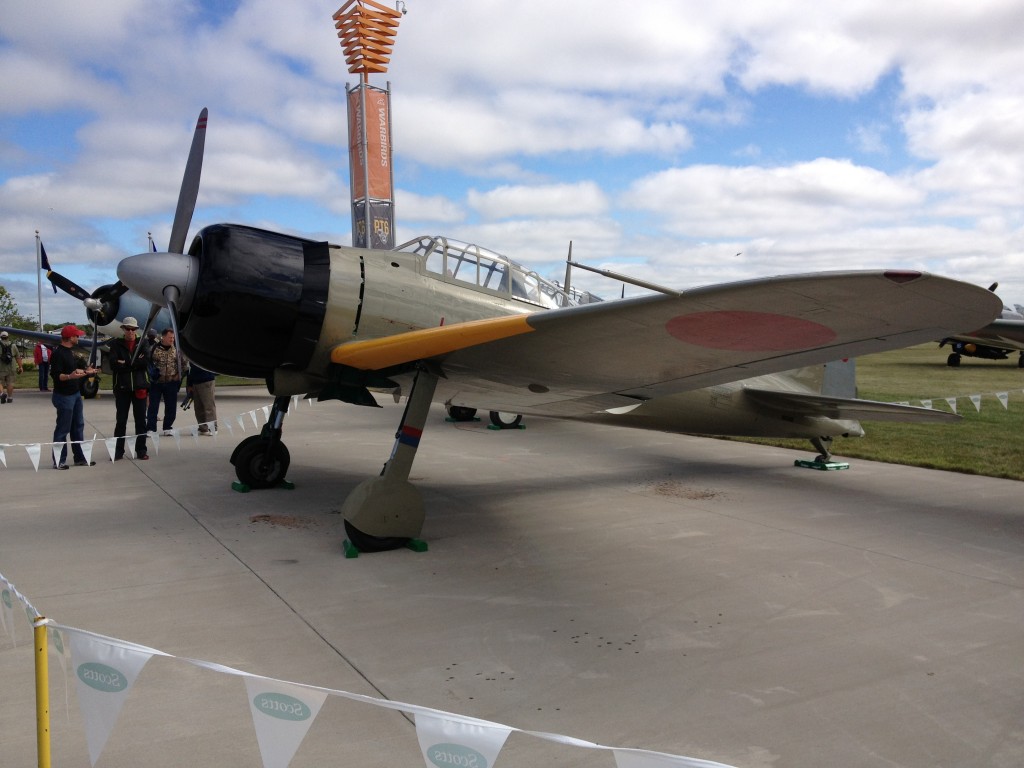 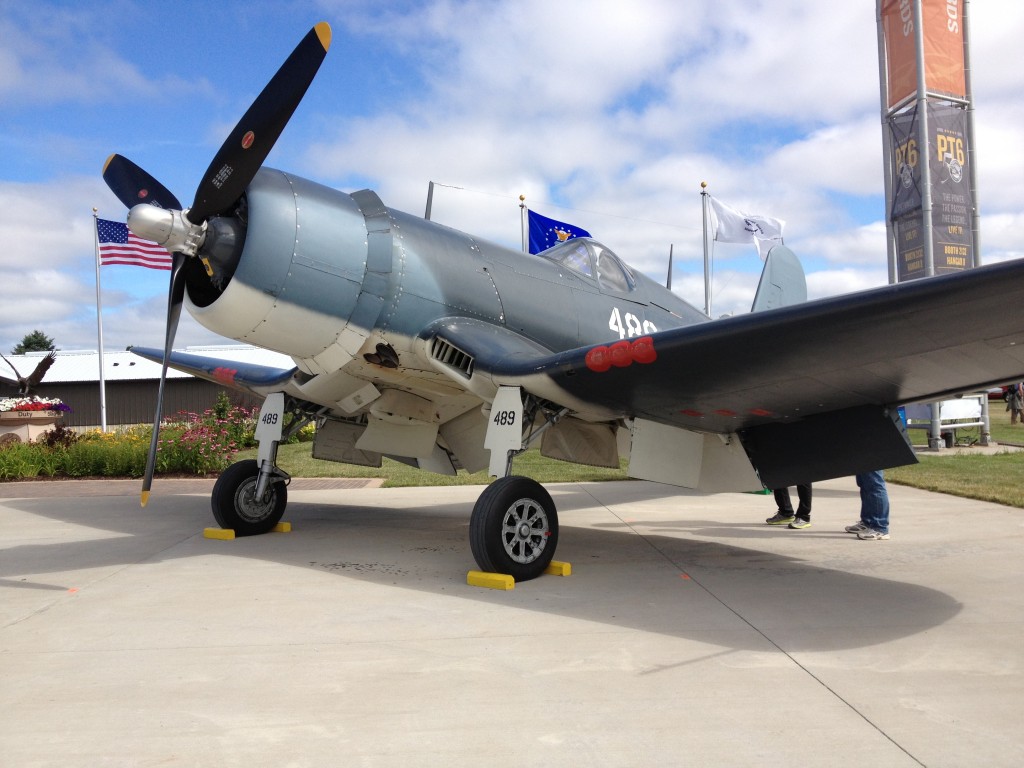 …and its Allied opposite, an early Corsair. 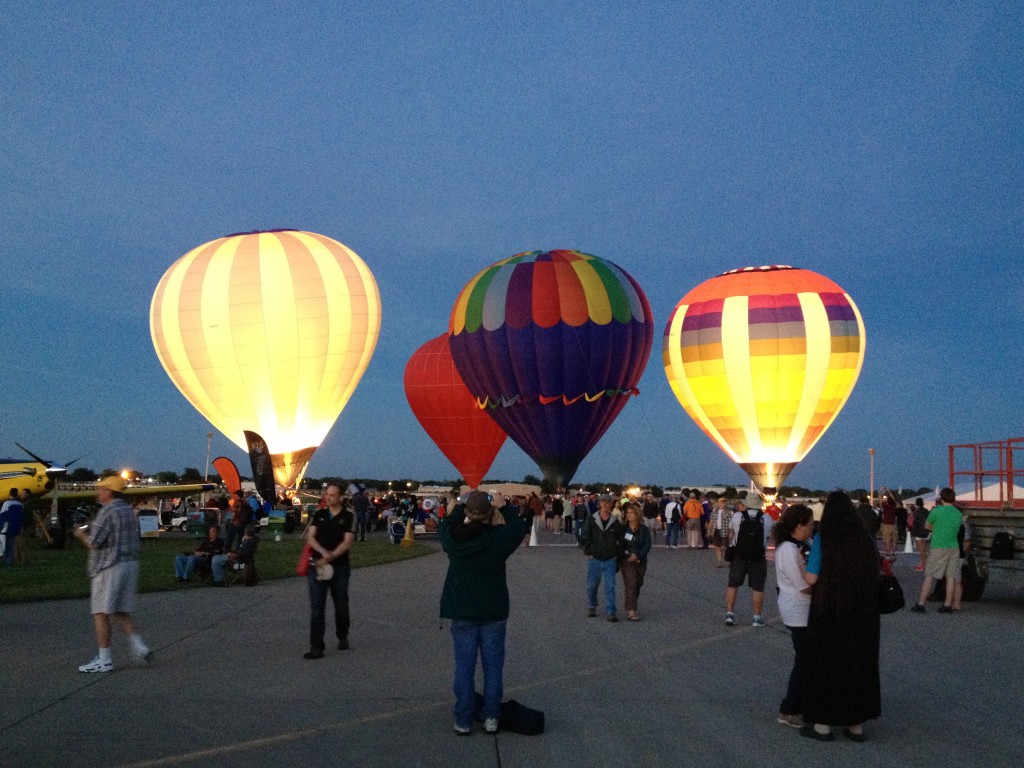 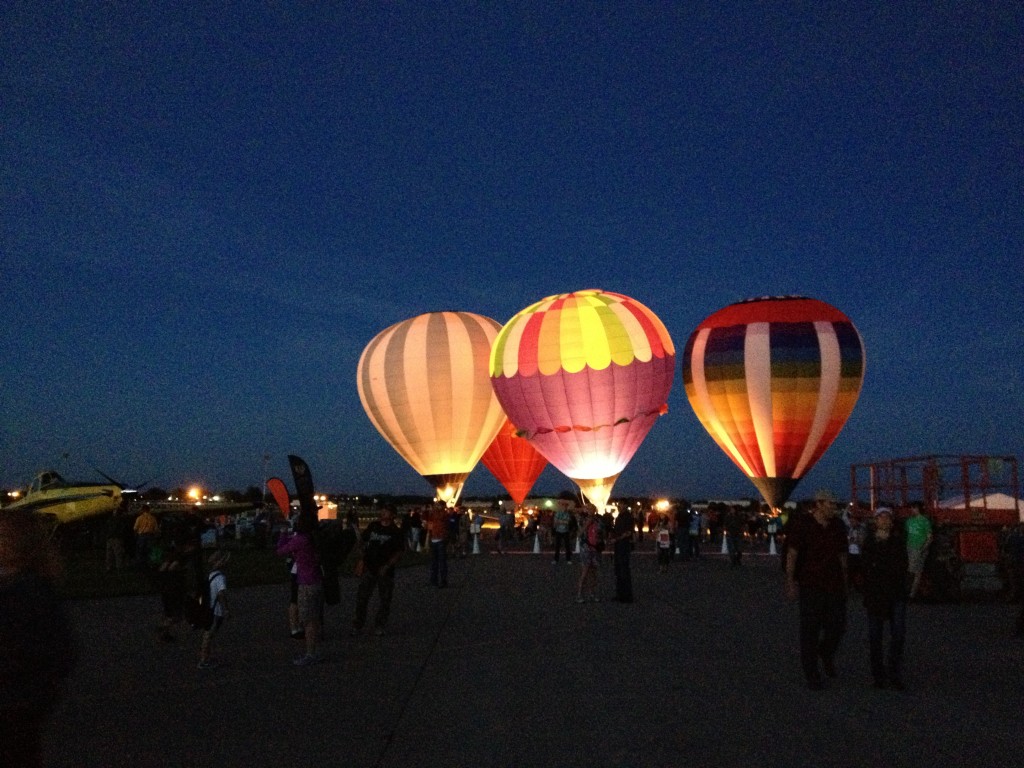